What is the “Technochasm”? This is Eric Fry’s term to describe the sharp, and growing, wealth divide in our world that’s being driven by technology. 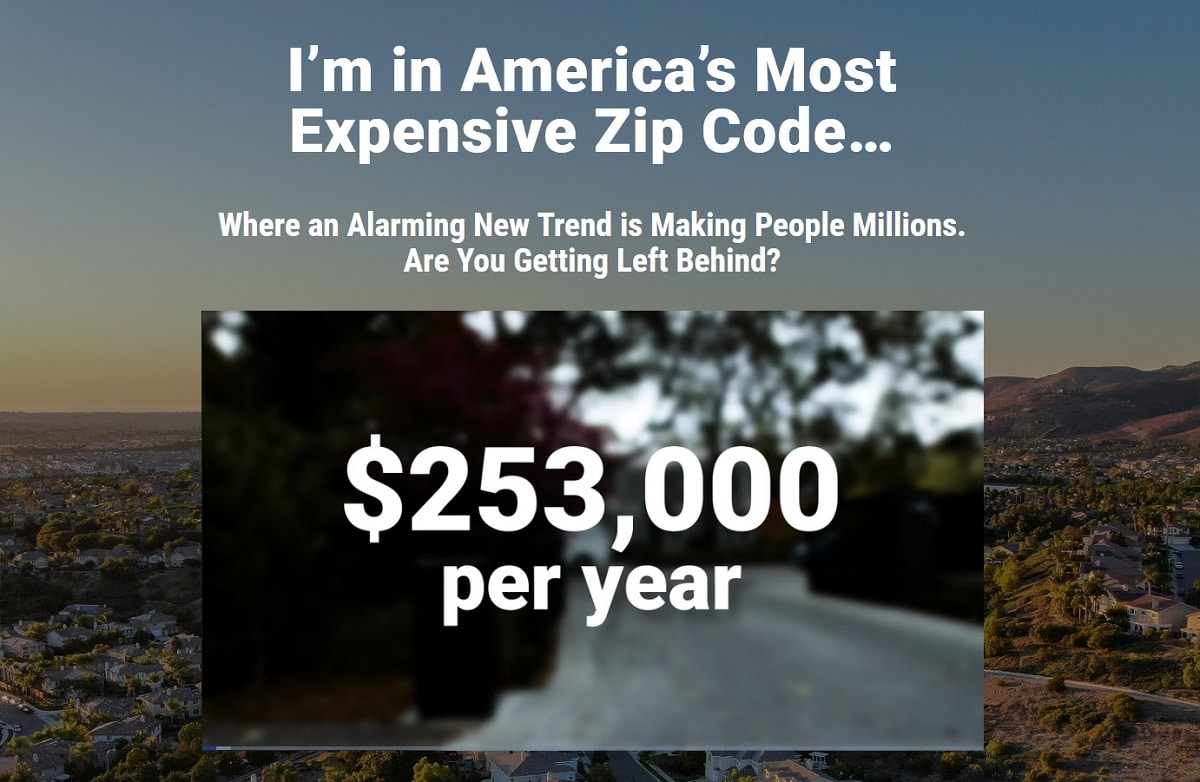 The coronavirus is accelerating the “Technochasm” – and in this case, that means danger for many American workers trying to reenter the labor force.

In short, this is Eric Fry’s term to describe the sharp, and growing, wealth divide in our world that’s being driven by technology.
This “haves-versus-have-nots” divide applies to personal incomes, business profits, and even stock performance.

In this latest example of the divisive impact of the Technochasm, we’re seeing many American workers replaced with machines.

The benefit to companies?

No supply-chain disruptions due to, say, a global pandemic … no downtime for vacations … faster line-production time … fewer labor costs since there’s no need to pay benefits such as health insurance … the list goes on.

The cost to the American worker?
Simple – their livelihood.

The coronavirus with its millions of Americans now unemployed has only landed the first punch in a “one-two” combo.

The second punch is coming.
I’m not talking about a new wave of layoffs or furloughs (though that’s a possibility if a second wave materializes in the fall as many experts predict).
Rather, this second punch will be the fewer re-hirings of American workers, as companies increasingly turn to automation.

The latest victims of the Technochasm

Yesterday, we learned that Gap is speeding up its rollout of warehouse robots for assembling online orders so it can reduce human contact.

By the fall, it will more than triple the number of item-picking robots it uses in its warehouses. Each machine handles work typically performed by four people.

Gap isn’t the first company to turn to robotics, and it certainly won’t be the last.

The news illustrates how the pandemic may speed up automation in the retail industry.

Companies including Gap and Amazon.​com Inc have long used such systems for a range of tasks, like moving items across warehouse floors.

Various new technologies are capable of supplanting some cashier, box packing and item picking roles that employ millions of U.S. workers, and the pandemic is giving vendors a chance to make their case.

Speaking of Amazon, in February we reported that the tech giant is creating checkout terminals that could be placed in all sorts of brick-and-mortar stores that would read people’s hands.

Shoppers’ credit card information would be linked to their handprint (Amazon recently filed a patent application for what it described as a “non-contact biometric identification system”).

In other words, bye-bye, cashiers …

Back in the fall, we highlighted a Brookings Institution study that found that a quarter of U.S. jobs will be severely disrupted as artificial intelligence continues to proliferate.

The report claimed that roughly 36 million American jobs with “high exposure” to automation could soon be performed by machines. And Bloomberg reports that nearly 60% of production work globally is in areas that can easily be automated. Today, we’re seeing the coronavirus speeding up this transition.

The research firm International Data Corp. estimates that 40% of companies around the globe are increasing their use of automation due to the coronavirus.

Well, this past Tuesday, the Congressional Budget Office reported it expects the U.S. economic recovery to drag on through the end 2021.

But this recovery is going to look different …

(Information-technology research firm) Forrester expects the downturn to be followed by a prolonged jobless recovery, driven by a surge in automation, according to a recent report.

By contrast, the report said, after recessions in 1970 and 1982, when companies had yet to adopt automation at any scale, the job market recovered within two to six months.

Don’t make the mistake of thinking this “replaced-by-robots” phenomenon will only apply to low-wage jobs such as cashiers.

Forrester goes on to note how positions like insurance underwriters and purchasing agents are being replaced by software robots with text-analytics capabilities that can handle forms, certain documents, and even emails.

So, for anyone out there who likes to predict what shape this recovery will take, well, what shape represents certain companies streamlining their operations through technology — and seeing it benefit their bottom lines — while millions of American workers lose their incomes due to technology, and watch it erode their household bottom lines?

What does all this mean for you and me?

Well, from a socioeconomic level, it has enormous implications.

Our nation’s (and the world’s) financial imbalance is threatening to tip to such extreme levels that we’re already seeing calls for “universal basic income,” while more economically challenged Americans are becoming interested in some form of socialism.

Here’s an example of their broad platform: 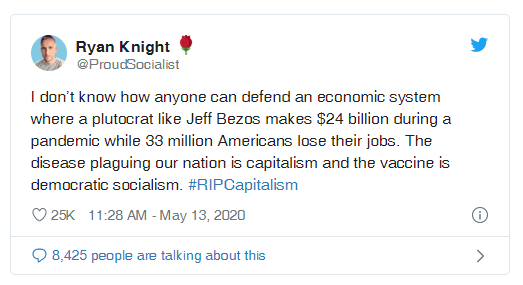 On this issue, there’s little you or I can do to impact the current trajectory of our society.

However, on a personal investment level, there’s a tremendous amount we can do — and frankly, must do

For that, let’s turn to Eric Fry, the man who’s been at the forefront of tracking the Technochasm (and positioning his subscribers to benefit).

If the recent stock market action has shown us anything, it’s that the gap between the stock market “haves” and “have nots” is widening with ferocious speed.

… the Technochasm has not only created two entirely different American economies.

In a recent update to subscribers, Eric goes on to explain how the companies on the prosperous side of the Technochasm don’t simply gain market share and competitive advantage. They generate huge amounts of cash.

Generally speaking, companies on the losing side of the chasm don’t.

Some businesses, like manufacturing, are capital-intensive enterprises and always will be. These sorts of businesses must operate with relatively high debt-financing and low profit margins if they are to compete effectively. There’s little they can do about it.

All of this is pointing toward a critical takeaway …

Each of us needs to analyze our portfolios through a “technology” lens. Are the companies in which we’re invested adapting to technology or being destroyed by it?

Today there are so many ticking time bombs in so many people’s portfolios, because of bad business structures … heavy debt loads … and completely outdated business models that are being disrupted by fast-moving and creative, technological startups.

If you own doomed firms like these you are all but guaranteed to miss out on the biggest gains of the years to come.

Last month, Eric went so far as providing the names of specific, troubled companies that were on the wrong side of the Technochasm:

Obviously, there are plenty more timebombs in people’s portfolios. To help dig them up, in Eric’s update, he provided a “Portfolio Purge” formula which readers can apply to their stocks.

He also included a bullet-point list about company traits that signify strength. It’s a helpful way to do a diagnostic on your portfolio.

To access all this as one of Eric’s subscribers, and to see his research video on the Technochasm, click here.

Bottom-line: COVID-19 is accelerating the Technochasm. And even as our economy recovers, a growing corporate reliance on tech-based automation means it will do so at the expense of some American workers.